Houston is getting more and more vertical with high rises mushrooming everywhere in the vicinity of the very popular Inner Loop. Between 2000 and 2013 more than 38 new high rises in Houston were added to the already existing high rise condominiums and apartments in Houston. Houston now ranks 3rd after New York and Chicago for high rise which seems an indicator of the economic health of the town. In the last few years there has been a great demand for high rise apartments in Houston because that is what appeals to the young office goers. The surge in high rise is also being fueled by the Downtown Living initiative that awards a hefty $15,000 tax rebate to developers for building family units.

Houston condominiums and high rise apartments are located within walking distance of the employment centers like Hess and Hines Tower and Toyota Center. The surging urban population mainly works for oil and gas companies and are from out of town and even from Mexico and Europe. Other areas that are very popular are those that are walking distance from good entertainment, fine dining and shopping.  Discovery Green Park and Market Square Park are the hip and happening places in Houston and the young crowd likes to live close to these parks. So the newcomers that are now coming to work in Houston want to be close to work and close to play and Houston offers them both. The earlier preference of living in the suburbs in double unit homes, with a lot of surrounding land is a thing of the past in the new Houston.

Some of the new high rises in Houston that is coveted by the out-of-state people are:
Huntingdon in Kirby,  Four Seasons on Caroline Street, Kirby at River Oaks, Cosmopolitan at Post Oak, Montebello Uptown Park, Belifore, Houstonian  and Astoria Post Oak, Inwood Manor , San Felipe and Villa D’Este Uptown Park. Since many office goers are from Europe they like to live in apartments as they are used to living in flats as all amenities are close at hand including schools and medical centers. Since those coming into Houston have high incomes they don’t mind paying for attractive interior finishes and for the right location. Earlier Houston condominiums were made for rents but now they too have entered the sales market. Houston high rise apartments are where empty nesters and the retired, retuning to Houston want their homes so they can be close to the shopping and medical center.

Demand is high for new Houston high rises and new towers are being announced all the time. A high rise is coming up on Montrose on the site of River Café and Riva at the Park near Dunlavy Street and Allen Parkway. In fact in the suburbs of Houston high rise condominiums are on the anvil in Woodlands as some home buyers are requesting for high rise in the suburbs. Urban like development is going on in Pearland with two hospitals and talk of high rise here.

View all posts by: admin

Every Highrise in Houston 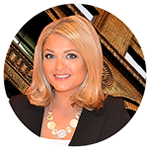